For years, theater has brought us together using characters and plot to unmask how we think and feel about our own lives. But the form needs to evolve with its audience. theStations is an experiment, an electronic experience of the play Cowboy Mouth, written by Sam Shepard and Patti Smith in 1971.

The play is about a girl who thinks rock ‘n roll is the new way to connect and console people like religion once had. So she kidnaps a guy to make him into a rock ‘n roll savior, but then realizes it is she who must realize her own dream.

the Stations borrows the ritual of The Stations of the Cross, 14 artistic depictions of Jesus’ journey to crucifixion, for reflection on each part of the play. Each station uses original imagery, music, and prayer and is accessible on any device at any time.

His Name Should Be Michael 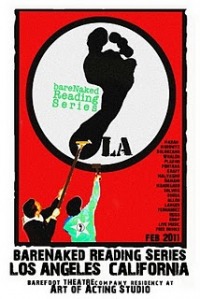 A woman sits on the curb at a bus stop wearing a dress. Her heels are removed and her feet are dirty.  She waits for someone, looking as though she’s been there a long time.  A man gets off the bus and the two strike up a polite conversation.

When the man asks her who it is she is waiting for, she replies:

“I’d assume he’s handsome. Tall. Thin. He should be a teacher or neurologist or someone who’s worth something. A crazy artist even. That could work. Just as long as he’s not ordinary. I’ve had too much ordinary in my life.

His name should be Michael. I’ve always thought that was a good name.”

Perhaps all it takes is asking someone’s name…

Cupcake’s on the Couch